Who we are: Legal notice Platbodemverhuur Friesland in Leeuwarden, The Netherlands

The travel agency Platbodemverhuur Friesland was founded on 01.10.2018 by Fritz Gronau and Martin Rang. The travel agency is registered with the Kamer van Koophandel in Leeuwarden (Chamber of Commerce No.: 72651423). Both partners have a long-standing affinity with these beautiful traditional ships, which they offer here on behalf of the private owners to charter guests.

Martin's "flat-bottomed career" began with the rental of a relatively small Visserman Lemsteraak. After having chartered various flat bottom boats for several years, he bought the Lemsteraak VROUWE FRANCISKA, a well-known sailing yacht in the Dutch charter fleet, a few years ago. As he still belongs to the working part of the population, he only has a few weeks a year to be on the water with his beloved Lemsteraak. During most of the year Martin likes to put his 15-meter sailing boat at the disposal of experienced sailors to sail on the Dutch inland waterways.

Fritz came into contact with flat-bottomed boats as a social pedagogue, and during this time he organised sailing trips with children and young people on ships of the so-called "Brown Fleet", which were oriented towards experiential education. Later he worked for two years as a sailor on the 35-metre long two-master ZEEMEEUW. The owner of this sailing ship was Sytze Kooi, who founded the charter companies Yachtcharter Sneek and Sailcharter Friesland in 2000. Until the sale of Sailcharter Friesland in 2017 Fritz had an important role in the development of these companies in the areas of website creation, marketing and customer service during the last 16 years. 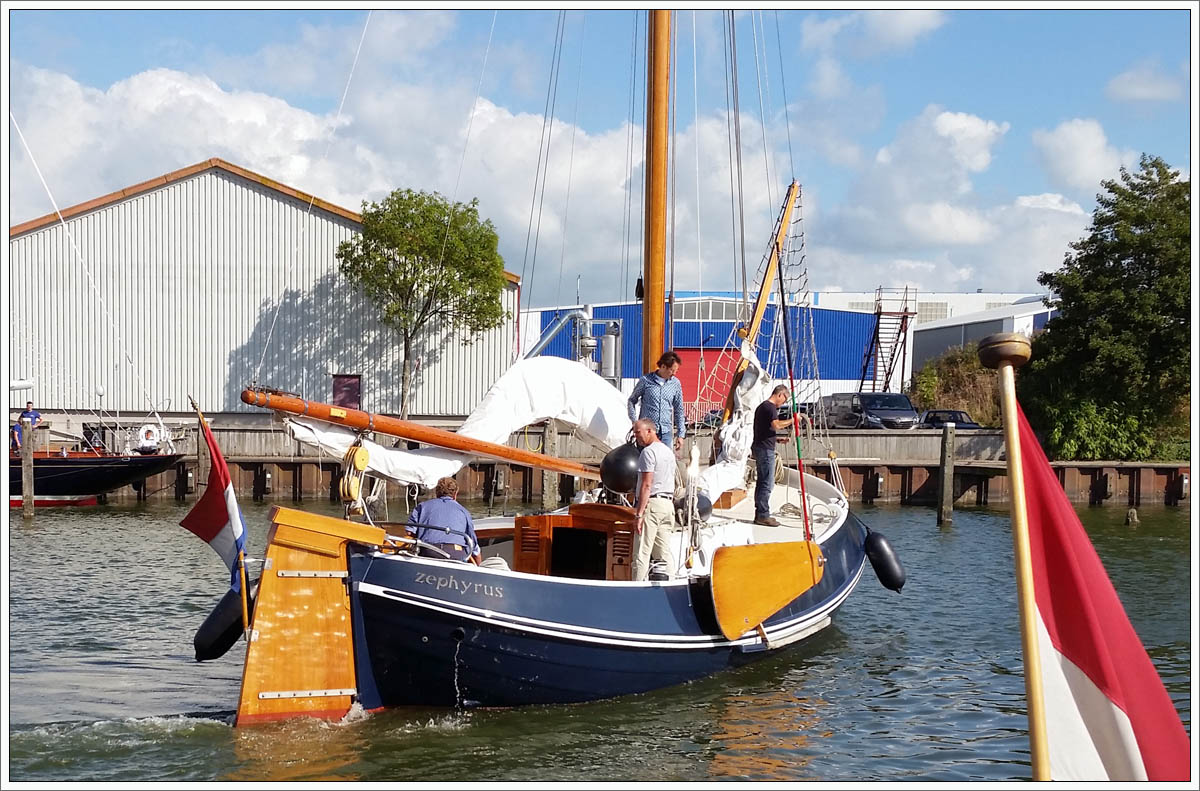